The Radicalization of Mary Whitall Worthington

“College life” often includes involvement in contemporary issues that extend beyond the quiet academic setting of a pastoral campus. For Mary Whitall Worthington, Bryn Mawr College Class of 1910, the most animating issue of her day was the fight for women’s suffrage, and she shared anecdotes and reflections from her involvement in the movement in a series of four diaries that has recently been uploaded to College Women. In this post, College Women Project Director (and Bryn Mawr’s Seymour Adelman Director of Special Collections), Eric Pumroy, looks to Worthington’s account of her junior and senior years to trace her evolution as a political activist. Links to all relevant resources on the College Women site are included at the bottom of the post. 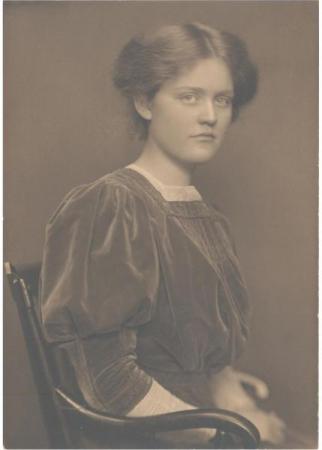 Late on a Tuesday afternoon at the beginning of November 1909, Bryn Mawr College senior Mary Whitall Worthington hosted a tea in her dorm room for a few of her friends and a foreign guest, England’s foremost suffrage leader, Emmeline Pankhurst. As president of the Bryn Mawr chapter of the College Equal Suffrage League during her junior and senior years, Worthington periodically hosted suffrage leaders when they came to campus to speak, so Pankhurst’s presence at her tea was not extraordinary. Anna Howard Shaw, president of the National American Woman Suffrage Association (NAWSA), had met with the Bryn Mawr group for tea in Worthington’s room a few weeks earlier (vol. 12: October 14, 1909). The close connections between the most prominent suffrage leaders and the suffrage groups at Bryn Mawr and the other women’s colleges, though, suggest the important role that students at women’s college played in the movement.

The account of the Pankhurst tea at Bryn Mawr is in Mary Whitall Worthington’s voluminous diaries from her years at Bryn Mawr. While she regularly wrote about her efforts on behalf of women’s rights, the volumes also include long engaging accounts of her social life, field hockey, visits to friends and family, her academic work, and her ambitions for life after college.

Worthington’s diary shows how her thinking about appropriate tactics for the suffrage movement changed over time. Shortly after being elected president of the Bryn Mawr chapter of the College Equal Suffrage League, she attended the convention of the NAWSA in Buffalo,

NY where she had an unpleasant encounter with Harriet Stanton Blatch, the New York suffrage leader who was beginning to organize working class women. Following the College Equal Suffrage League’s session, Blatch stormed over to the table where Worthington and others in her group sat, and declared that their meeting had been the “most snobbish thing she had ever heard.” She went on to say that “any working woman was worth 50 college women & a lot of other hysterical things. It pained me awfully to see such an ungenerous & jealous spirit among people working for a great cause.” (vol 11: p.296v, Oct. 18, 1908). 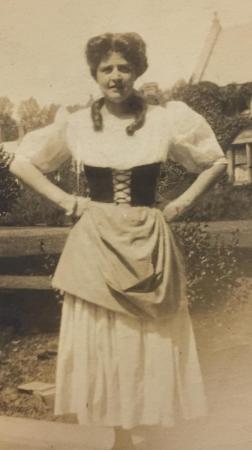 But by the following year, Worthington was beginning to see the value of more aggressive tactics. During her visit to Bryn Mawr, Emmeline Pankhurst talked about the arrests, hunger strikes and forced-feedings that had taken place in England during the previous year. At the conclusion of her diary entry on Pankhurst, Worthington writes a sympathetic note: “Whether the suffragette methods are right or not I do not know, at any rate they have proven effective. I do not think it is our place to revile and disown women who are doing their best in a truly unselfish manner to further the cause we all long to help.” (vol. 12: Nov. 2, 1909).

In April 1910, Worthington went to the NAWSA convention in Washington, and this time she was both active in public demonstrations and approving of stronger tactics. She reported on the hissing that President William Howard Taft received when he said in his welcoming remarks that there was a danger that if women got the right to vote that only bad women would vote. Worthington applauded the hissing, and added “He deserved to have a rock or two hurled at his head, but it was impolite. Will women ever get over being ‘polite’ I wonder. The suffragettes are really a lesson to us. All humility and patience ‘ad nauseam’.” The day following Taft’s speech she went to an open air meeting where she was part of the group distributing leaflets to the audience, mostly working class men. Later she was moved by Alice Paul’s speech: “She spoke quietly but with a passion, swinging her arms and upper part of her body slightly as she spoke... She is very pale, and looks dreadfully ill and sits quietly still, gazing off into space when she is not on the platform. A most interesting person with a fire of enthusiasm burning in her eyes.” (vol. 12: April 15-16, 1910)

It should be noted that Worthington was not a typical Bryn Mawr student. She was the niece of M. Carey Thomas, the president of both Bryn Mawr College and the College Equal Suffrage League; Thomas’s romantic partner and companion, Mary Garrett, provided essential financial support for the suffrage movement. Nonetheless, the diaries show her starting to move away from her aunt’s insistence on decorum in the movement, and taking the first steps on the path that led to Alice Paul’s more radical movement in the coming years.

Worthington’s career as a suffrage activist was sadly cut short, though. After graduation she went to The Johns Hopkins Medical School, but in the fall of her second year she had to withdraw due to a heart condition that proved fatal within a few months. She died in January 1912.