Something to write home about: A letter from Ruby Willis

One of the goals of the College Women project is to provide access to primary source documents that facilitate an exploration of the history of women's education. When taken together, the collections of images, scrapbooks, letters, and diaries found here begin to reveal a diverse and expansive picture. But what can be learned from examining a single item selected from this increasingly broad and rich collection? What areas of investigation can be sparked from reading one young woman’s experiences, captured in a letter written 110 years ago? 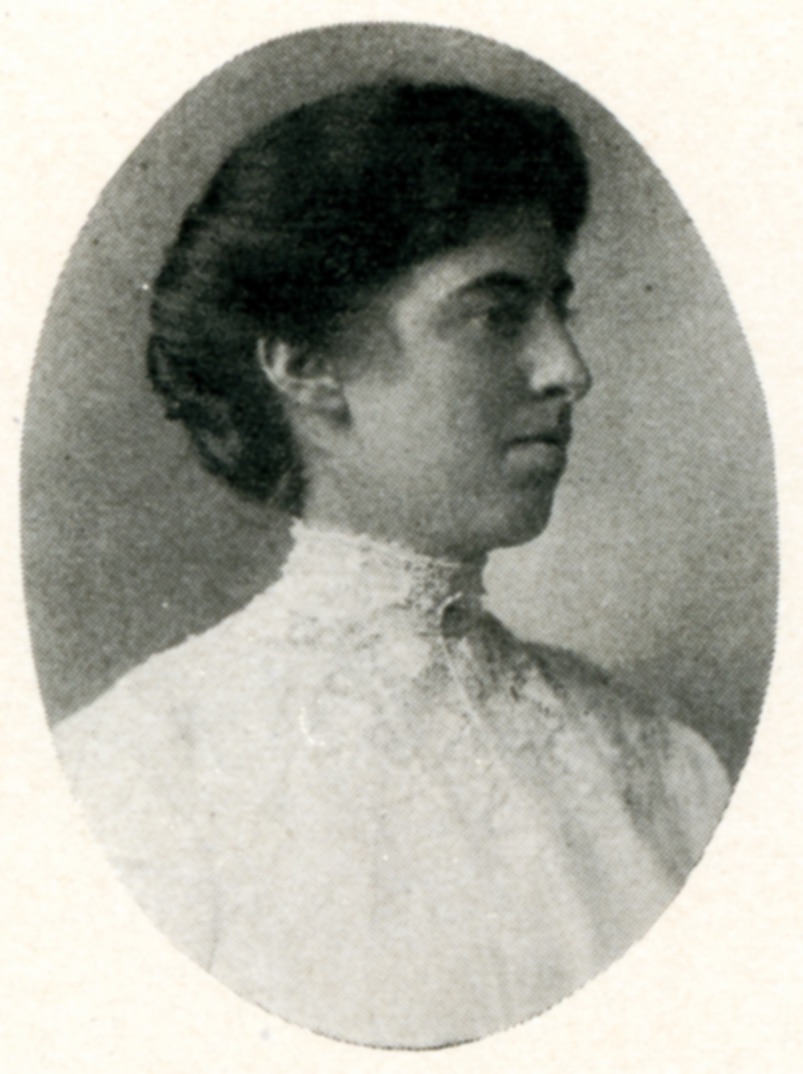 On May 13th, 1907, Ruby Willis, a sophomore at Wellesley College, wrote a letter home to her family, who lived about 20 miles away in Reading, Massachusetts. Just one of many documents brought together by the collegewomen.org project, this letter describes her daily life as a college sophomore with familiarity and intimacy. “It seems as if it was a month instead of a week ago that I was at home, though in other ways the time is just flying,” Willis writes. On its surface, the contents of this single letter are not momentous, yet they do offer today’s readers a window into unique aspects of Wellesley College history, a snapshot of contemporary women’s education, and a connection to history through her eyes.

In Willis’s letter we hear her account of “forensic burning,” a unique Wellesley College tradition that was a highlight of the ritualized rivalry between the junior and sophomore classes at the time. The exact rules (and there were many) of this tradition evolved over the years, but at its essence, there was a challenge: the junior class would attempt to gather, somewhere on campus and in secret, to set fire to the compositions that they had spent the previous year writing; the sophomore class, in turn, would do their best to discover and interrupt this rite.

A member of the sophomore class in 1907, Willis describes her fellow classmates’ dedication to this task in detail, even to the point of lost sleep:

“You know the sophomores want to discover them at the burning, if possible, and so we are watching day and night. The campus is divided into sections and girls patrol it by twos from 7:30 to 9:30, and then in each house some sophomore gets up at 3:30 in the morning and watches the various doors & exits until it is light. Nothing has happened so far, & we are getting a little tired of the suspense. Nevertheless, it’s rather thrilling.”

Today’s readers might wonder about the assignment that could drive college juniors to such extremes. Additional research into accounts of “forensic burning” reveals that a 600-page textbook on argumentation -- a book whose authors “insist...should constantly be in the hands of the class” -- provided the pedagogical underpinnings of the year-long assignment. [1] The Principles of Argumentation has since been digitized and is available in the Internet Archive for further examination. As ponderous and antiquated as this book might appear in a modern educational context, it does address issues still taught in undergraduate writing, such as the effective use of evidence as a means of persuading an audience. 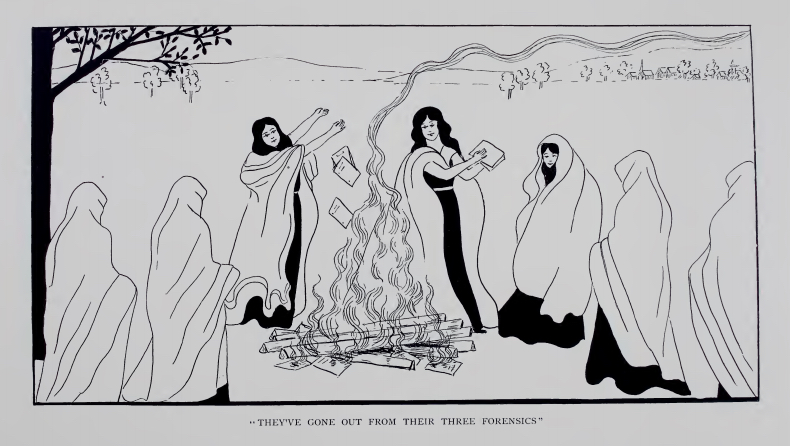 Ruby Willis's letter goes on to describe her attendance at a lecture that took place on a Saturday afternoon in Billings Hall, a building that still stands on the Wellesley College campus. Visiting that day was Colonel Thomas Wentworth Higginson, whom she describes as someone who knows “many celebrities well, including “Jimmy” [James Russell] Lowell, Longfellow, Emerson, Tennyson, Browning, and hosts of others.”  A corroborating report of the lecture appears in that week’s Wellesley News.

Missing from both accounts, however, is a fuller description of who Higginson was, and his multiple points of connection to nineteenth-century political and social -- in addition to literary -- history. Higginson was a Unitarian minister, an abolitionist, and one of the Secret Six who supported John Brown’s uprising at Harper’s Ferry.[2] In the Civil War, he led the Union Army’s first-ever regiment of freed slaves.[3] He was a member of the Massachusetts legislature, an advocate for women’s rights, a published author of 35 books, and he is credited with having “discovered” Emily Dickinson (she referred to him as her “preceptor”).

In May of 1907, Colonel Higginson would have been well into his eighties; indeed he died in 1911, a few years after his visit to campus and his “People I Have Known” lecture. The absence of a more complete biographical description from the accounts of his visit raises interesting questions: did the students already know who he was, and have a full understanding of the front-row seat that he had to some of the biggest social, political, and cultural movements of the nineteenth century? Were they instead simply enamored of the charming personal stories he told about literary giants, referred to by Willis as “celebrities”? What role did lectures by external speakers such as these play in the early history of women’s education? Did they take the same form and serve the same function as at they did at men’s institutions? Can additional accounts of similar lectures be uncovered from the materials found in the collegewomen.org project?

This single letter goes on for six pages, and there are more than a hundred of Willis' letters documenting her time at Wellesley College gathered on this site. Added to that will be thousands of other first-hand accounts of women’s lives as they pursued their educations at the Seven Sisters colleges. Taken together or examined individually, these documents offer countless avenues to investigate.